Financial transactions are getting more and more about the context, the relations, the value from the identified characteristics of what is bought, by whom and from what platform. The shifts in consumer behavior and emerging market players lead to the fast-pace changes and new business models of the traditional financial institutions.

Visa Belarus Cashless Summit is a platform aimed to rethink the local market through discussion of innovations, digital agenda and data-based solutions. During the event, local and international stakeholders will discuss, what changes have been happening lately, what new technologies have been arrived, outlining the role of cashless and the future of payments. Summit attendees will be able to discuss the latest technologies, get actual first-hand insights and meet other industry leaders. 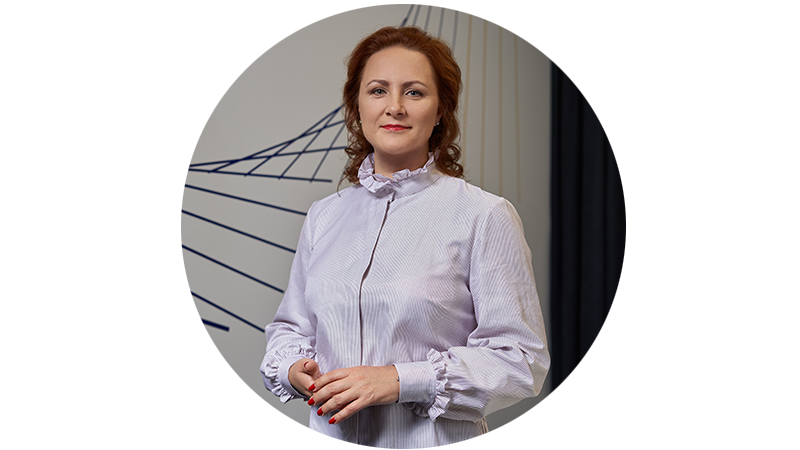 Svitlana Chyrva is Visa Country Manager for Ukraine and Moldova and acting Country Manager for Belarus, based in Kyiv, Ukraine. Svitlana is managing the overall development of Visa electronic payments business in Ukraine, Moldova and Belarus, including relations with client-bank, merchants and other market stakeholder’s by increasing Visa’s footprint in these markets, and enhancing values it provides to client-banks, merchants and cardholders.

Leveraging her 20+ years of experience in FMCG, insurance and banking, Svitlana joined Visa in 2019 to lead the region of Ukraine and Moldova. Prior to her current role with Visa, she was a Deputy Chairwoman and a member of Board of Directors of a leading Ukrainian bank. In this position, Svitlana managed a team with over 4000 people, worked out a business strategy (for retail), communicated with Bank heads and Regulatory Authority participating in round tables and conferences, and was responsible for cooperation with trading chains.

Svitlana holds a Master’s Degree in Business Administration from KMBS. 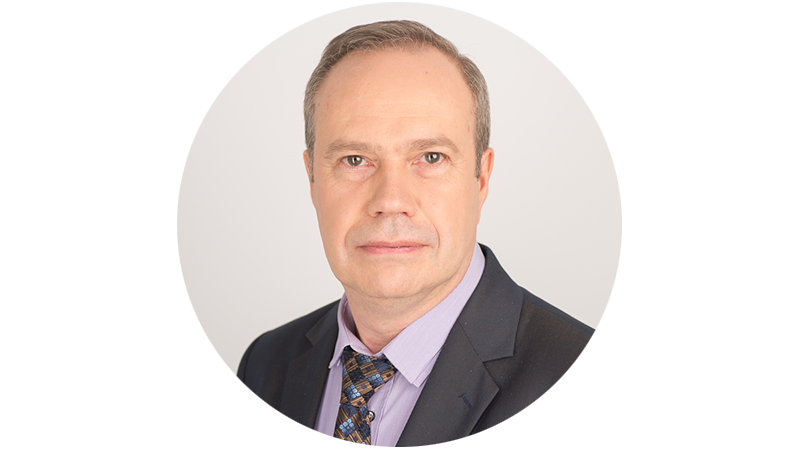 Aleikin joined Visa in 2005 as a member of Chip and Innovation team. During his 12 years at Visa Andrei successfully managed region-wide implementation of acquiring chip and CCD chip mandates, launched innovation solutions like Kyiv Citizen Card program, the first in the markets Visa payWave programs, dynamic VbV, VPP and mobile payment implementations in multiple markets. Aleikin brings to Visa Innovation team over 15 years of experience in IT and financial systems consulting gained with PWC and KPMG. 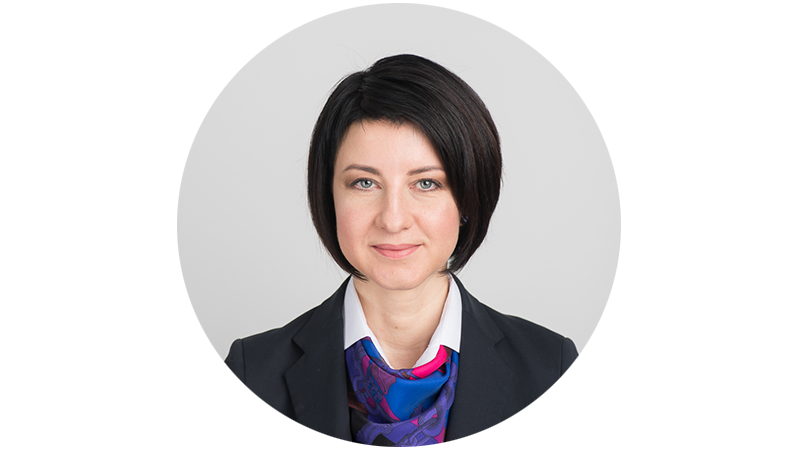 Cristina Doros is acting Vice President, Head of Solutions in CISSEE, based in Kiev, Ukraine. Besides core products: Debit, Credit and Premium, Cristina is also managing Loyalty platform development, Digital Solutions and Push Payments that all together are foundational for further proliferation of electronic payments.

Leveraging her 20+ years of experience in retail banking, information technology, cards and mobile payments, Cristina joined Visa in 2016 to lead the regional Core Products team. Prior to her current role with Visa, she was Deputy CEO and Board Member of a leading Moldovan bank.

Cristina is one of the CISSEE representatives in CEMEA Women’s Leadership Network and key lead of regional diversity initiatives.

Cristina holds a Master’s Degree in Economics from IEDC-Bled School of Business, Slovenia.

Yevgen joined Visa in 2017 as a Director of Digital Solutions team. In this role at Visa Yevgen successfully managed and launched implementation of transit and smart city solutions in Ukrainian and CIS cities from the scratch. Now Yevgen concentrates on support of neo banks and all types of disruptive fintech companies and fintech ecosystem development in multiple markets.

Yevgen Lisnyak brings to Visa Strategic Partnerships team over 10 years of international experience in IT and consulting gained with leading international companies.

Mr. Lisnyak holds a Master’s Degree in Applied Physics and Mathematics from Moscow Institute of Physics and Technology (MIPT). 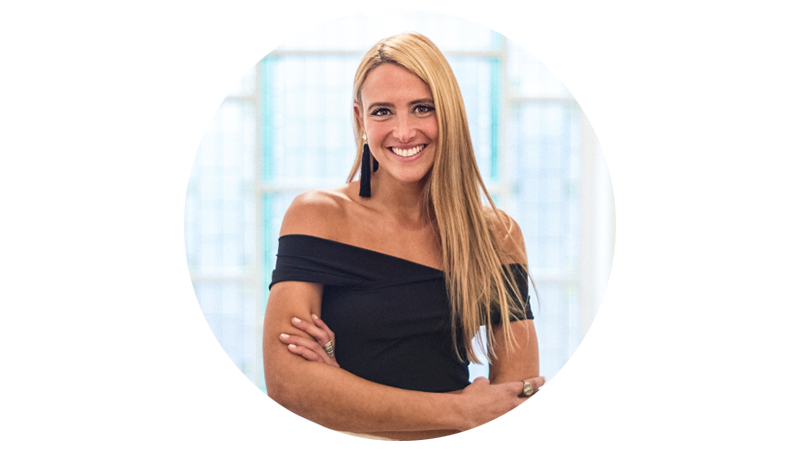 Naturally curious and fascinated by humans, Bianca is a Serial Entrepreneur and an experienced speaker in Data, Identity, FinTech, Entrepreneurship & Diversity. She has been a banker, and worked in partnership with over 40 large financial instituitions to reshape their human approach to technology by using the power of rethinking identity.

She developed and cultivated her love for and expertise in biometrics as the CIO (Chief Identity Officer) of a leading biometrics company, where she ran product management, marketing, business development and client success as the person responsible for its Financial Services strategy. And immediately fell in love with identity and its catalyst power.

Bianca’s entrepreneurial approach to these challenges over the years has earned her recent accolades as a 2017/ 2018 Top 40 Digital Influencer in Finance by Thomson Reuters and a 2019 & 2018 Top 100 Identity Influencer by OWI, alongside Edward Snowden and Mark Zuckerberg.

Bianca is an avid partner of Visa, with the most recent project a collection of short internet stories. A digital series launched in partnership with Talle, called Visa Sparks. It's first season starts with 6 episodes which will bring human perspectives, from the largest bank and fintech CEOs to the street merchants, they will talk about the most promising innovative and disruptive technologies in the planet. 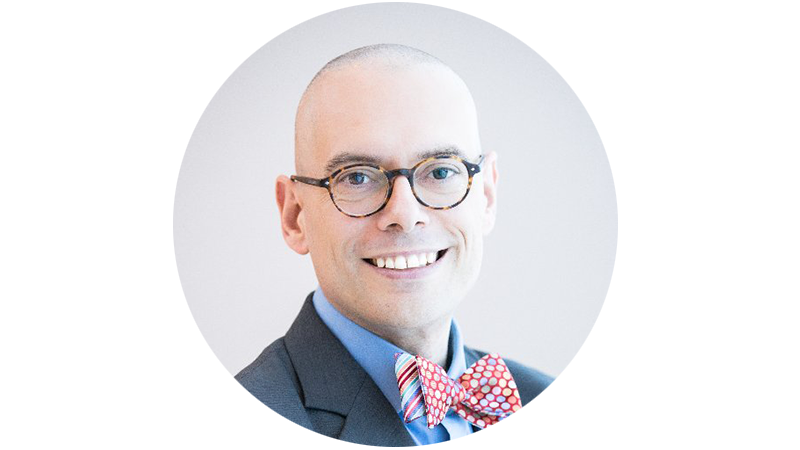 Adolfo Laurenti has joined Visa since April 2018 as the Principal European Economist on the Visa Business and Economic Insights team. In this new role, Adolfo works closely with Visa teams in Consulting and Analytics in order to track economic conditions as well as to provide timely insights about the evolution of payments and the consumer economy in Europe.

Prior to joining Visa, Adolfo was the Global Economist at Bank J. Safra Sarasin in Zurich, where he tracked macroeconomic developments and provided strategic investment recommendations, preparing macroeconomic and interest rate forecasts for selected G20 economies. Adolfo previously was the Chief International Economist at Mesirow Financial in Chicago and held additional research and consultative roles in the U.S. and Europe. He is a past co-chairman of the international initiative at the National Association for Business Economists and regular guest lecturer at the Kiel Institute for the World Economy International Business Cycle Conferences.

Adolfo holds a Ph.D. A.B.D. and M.A. in Economics from George Mason University. He is passionate about opera, military history, and baseball. 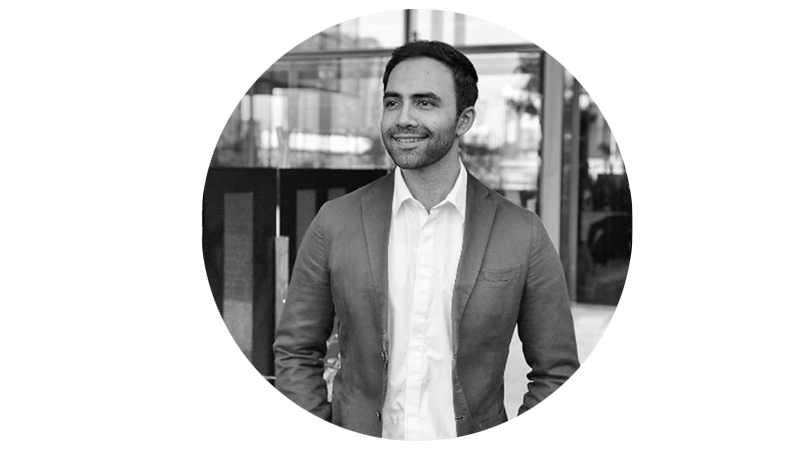 Akshay serves as Head of Innovation for Visa for 90+ countries in Central and Eastern Europe, Middle East and Africa (CEMEA). He leads teams of design thinkers, engineers, and digital commerce specialists based in Visa’s Innovation Centre in Dubai and Visa’s Innovation Studio in Moscow. The Innovation & Design team co-creates new commerce experiences and products with banks, internet companies, FinTechs and merchants across the region.

Akshay holds 8 global patents in the FinTech and payments space, and has served in various digital leadership capacities in Asia-Pacific and EMEA. He has played a key the role in the development of numerous commercially successful products in eCommerce and digital banking. A veteran digital and product development expert, Akshay and his teams have run over 200 co-creation sprints with diverse partners.

Prior to his current role, Akshay was a founding member of Visa’s Asia-Pacific Innovation Centre in Singapore, where he served as Senior Director and led client co-creations. Prior to Visa, Akshay co-founded and led the Deloitte Greenhouse in Southeast Asia, a joint initiative between the Singapore government and Deloitte, focused on analytics-driven innovation. Before Deloitte, Akshay served as Director, Emerging Markets at Gartner, and started his career at Standard & Poor’s.

A frequent keynote speaker and panellist in eminent forums, Akshay’s thought leadership has been published in some of the leading journals across Asia and EMEA. Several of Akshay’s projects, including the Visa Asia-Pacific Innovation Centre and Deloitte Greenhouse, have received innovation accolades and awards.

Akshay holds an MBA from the Indian School of Business and BA (Honors) in Economics from the University of Delhi.

An exhibition of innovative solutions within Visa Cashless Summit, where fintech companies and banks will present their projects and share their experience in implementing innovative services.

Digitization of economy and driving cashless would bring visible benefits for government, business and consumers. Innovative technologies help financial institutions to enhance clients’ loyalty providing 360-grade experience and boost the economy. On the local level, innovative payment solutions engage citizens to pay cashless and boost the cashless economy. Yet, keeping with the fast speed of change, banks explore both new challenges and opportunities as new technologies are being adopted. What Belarusian banks are facing in the new digital era? What are the industry leaders saying or doing about the transformation from legacy systems to the new connected world?

As our real and online lives become increasingly intertwined, the old ways of authenticating identity are staying in the past. Aiming to improve security for everything from payments to commerce to government services, organizations around the world are taking steps to implement digital identity solutions. What we mean when speaking about Digital ID, and how to implement global case studies on the local level? Bianca Lopes will provide a bright and comprehensive introduction to the topic.

After recent Apple Card entrance to the world’s financial market, the world faces disruptive global changes in the traditional models of banking business. The panel is aimed to provide global insights and suggest the agenda and innovative business models for market players in the transition period.

E-commerce has changed a lot in world’s economy. Now global leaders are changing this market again. How to compete with Alibaba and Amazon? What new financial services for retail should we expect? How E-commerce could boost Belarusian economy and what we should do for future industry growth?

Objective of the session: through brainstorm to generate 5-10 ideas on removing friction related to payments from customer’s journey and business development in e-commerce using Big Data, combining the expertise of speakers and audience.

Customer experience has become a key differentiator; technology is playing a vital role. Which consumer experiences are expected by default by the consumers and which ones do we foresee as becoming a new ‘normal’? The panelists will present the success cases from respective industries: Digital banking, FinTech startup, Neobanks, Telecom.